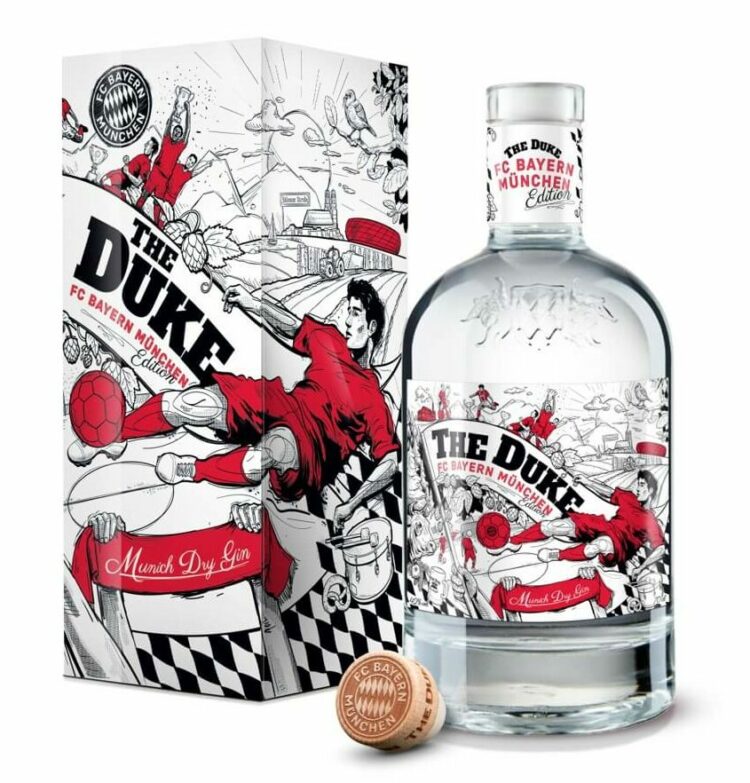 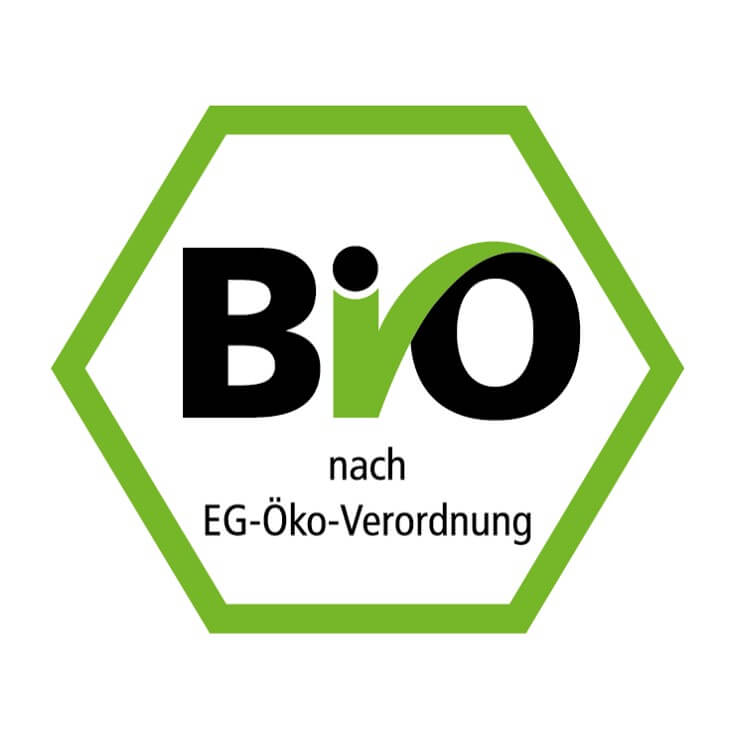 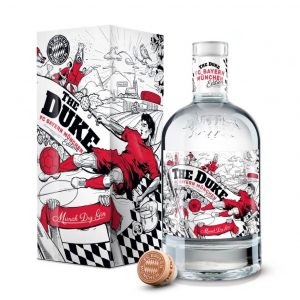 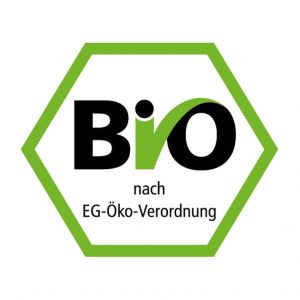 Liberalitas Bavarica is our fourth gin creation and an interplay of two Bavarian originals: THE DUKE distillery and the German record holding bundesliga champion FC Bayern Munich. Created for all lovers of cultivated drinking culture and fans of FC Bayern München.

As always at THE DUKE, the FC Bayern Edition is made using alot of time, love and juniper berries. Thus the gin is produced in the copper still according to old tradition. 12 herbs and spices are used in Liberalitas Bavarica Gin – 11 in the basic line up, plus hops from the “Holledau” region as the main flavour and distributor of fruity and finely tart nuances. This subtly reminds one of a classic Bavarian wheat beer  and is a reminiscence of the wheat beer showers, invented by players of FC Bayern Munich to celebrate.

In this cooperation we want to pay tribute to our home city of Munich and the Bavarian attitude to life. Liberalitas Bavarica is the understanding of the Bavarian identity being both modern and traditional at the same time. Bavarians have always cared alot about socializing, partying together, indulgence and their world-famous beer.
We are ready for the big celebrations and also have the perfect recipe to go with it: Bavarica & Tonic.